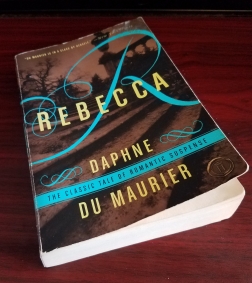 Rebecca has been on my book bucket list for years. I have heard it referenced countless times and decided to find out what it was all about. In case you’re unfamiliar with the story, it is about a young woman who works as an aide/ companion for an older, wealthy woman. On one of their vacations, the young woman meets a middle-aged widower named Maxim and he ends up proposing. It all seems a bit magical, even though he is rumored to have lost his wife less than a year before in a tragic accident. But when the newlyweds return to Manderley, Maxim’s estate, the story takes on an eerie tone as the new bride feels haunted by Maxim’s dead wife.